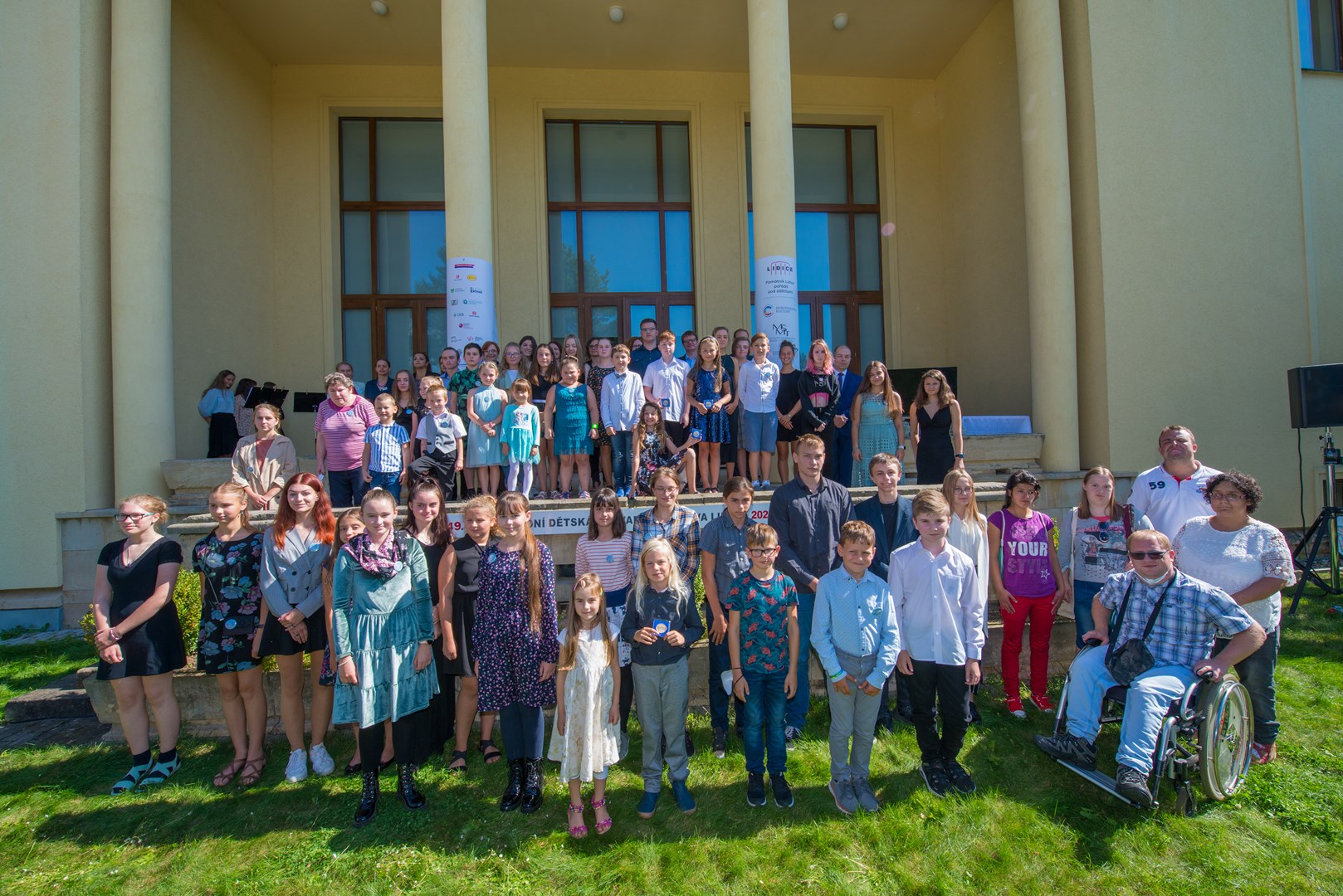 Prize-giving ceremony at the Lidice Gallery

On Thursday, 9th September, the garden of the Lidice Gallery hosted the winners announcement ceremony, where the highest awards of the exhibition, "Rose of Lidice” medals and Prizes of the Panel of Judges, were presented.

Also this year children could enjoy activities in the garden of the Lidice Gallery, inspired by the theme of the exhibition, which was "ROBOT and artificial intelligence". Thus, children had the opportunity to make hand paper thanks to the hand paper mill Papyrea, fly drones with a team from the Faculty of Environmental Sciences, Czech University of Life Sciences Prague, try 3D print and chemical tricks with a team of the University of Chemistry and Technology Prague as well as puzzles and artistic activities with the leisure centre Labyrint. This year's exhibition featuring the theme 'ROBOT and artificial intelligence' was open to visitors throughout the day.

This year, Mr. Pavel Horešovský and Jiří Pitín as Lidice Children honoured us with their visit. Also in attendance as a honoured guest was Ms. Sylvia Klánová, the daughter of Academic Sculptor Marie Uchytilová, who created the Memorial to Child Victims of War. We were very pleased to see many foreign diplomats among the guests. Besides Ambassador of Ukraine H. E. Jevhen Perebyjnis, who as a symbolic representative received the Prize of the Panel of Judges for a foreign school, the ceremony was attended also by Ambassador of Israel H. E. Anna Azari, Ambassador of Thailand H. E. Phasporn Sangasubana and Ambassador of Cuba H. E. Danilo Francisco Alonso Mederos. Also in attendance were members of diplomatic staffs of Armenia, Austria, Azerbaijan, Belarus, Indonesia, Mexico, Myanmar, Peru, Russia and Serbia.

Among honourable guests were Jan Bondy – Head of the Public Diplomacy Department of the Ministry of Foreign Affairs, Blanka Bendlová – Head of the Leisure Centre Labyrint Kladno, Vlaďka Coufalová – an expert for science, research and innovation from the Czech Centres, Kateřina Hájková – from the Faculty of Environmental Sciences, Czech University of Life Sciences Prague, Anna Chmelová – representing the National Gallery Prague, Michaela Jeřábková – Head of the Czech Centre Moscow, Jiří Šíma – the founder of the Small Asian Museum in Ledce near Kladno, jurors of this year's exhibition as well as teachers who came in support of their students. Also Minister of Education Robert Plaga addressed the children and the guests through a video-salutation.

The first part of the ceremony was dedicated to the Prizes of the Panel of Judges – the highest awards bestowed on a Czech and a foreign school. The Prize of the Panel of Judges for the Czech Republic went to the Social Service Centre Horizont in Protivín for a unique, unusual and very impressive collection of entries. They will come to Lidice for the prize individually during the duration of the exhibition.

The prize of the Panel of Judges for a foreign school went to the Visual Art Center in Ukrainian town of Kryvyj Rih. The glass palette by the art glass-maker Jiří Pačinek was presented symbolically to Ambassador of Ukraine to the Czech Republic H. E. Jevhen Perebyjnis.

The later part of the ceremony saw almost fifty medallist receive their medals. The child winners received a medal, a certificate, a reproduction of their artwork and gifts – books, art accessories, and other beautiful prizes. One medallist from Poland also came to Lidice in person to receive her medal. Clients of Domov Raspenava, who won a medal for school for their collection of mixed media works, received their certificates on the stage together.

In conclusion of the ceremony, the flute trio Collegium Flautinium from the Marie Podvalová Art School appeared and all participants took a group photo in memory of the event.

Foreign winners, who won 66 medal in total this year, will receive their prizes through co-operation with embassies of the Czech Republic abroad and the Czech Centres, which take care of the presentation of the prizes in the countries of their respective mission. This year, out of 11,213 entries from 72 countries 945 entries received 952 awards – 124 medals, 32 medals for schools for collections of entries and 796 honourable mentions.

Our thanks go to our partners and sponsors for beautiful gifts for children and other forms of support for the exhibition. 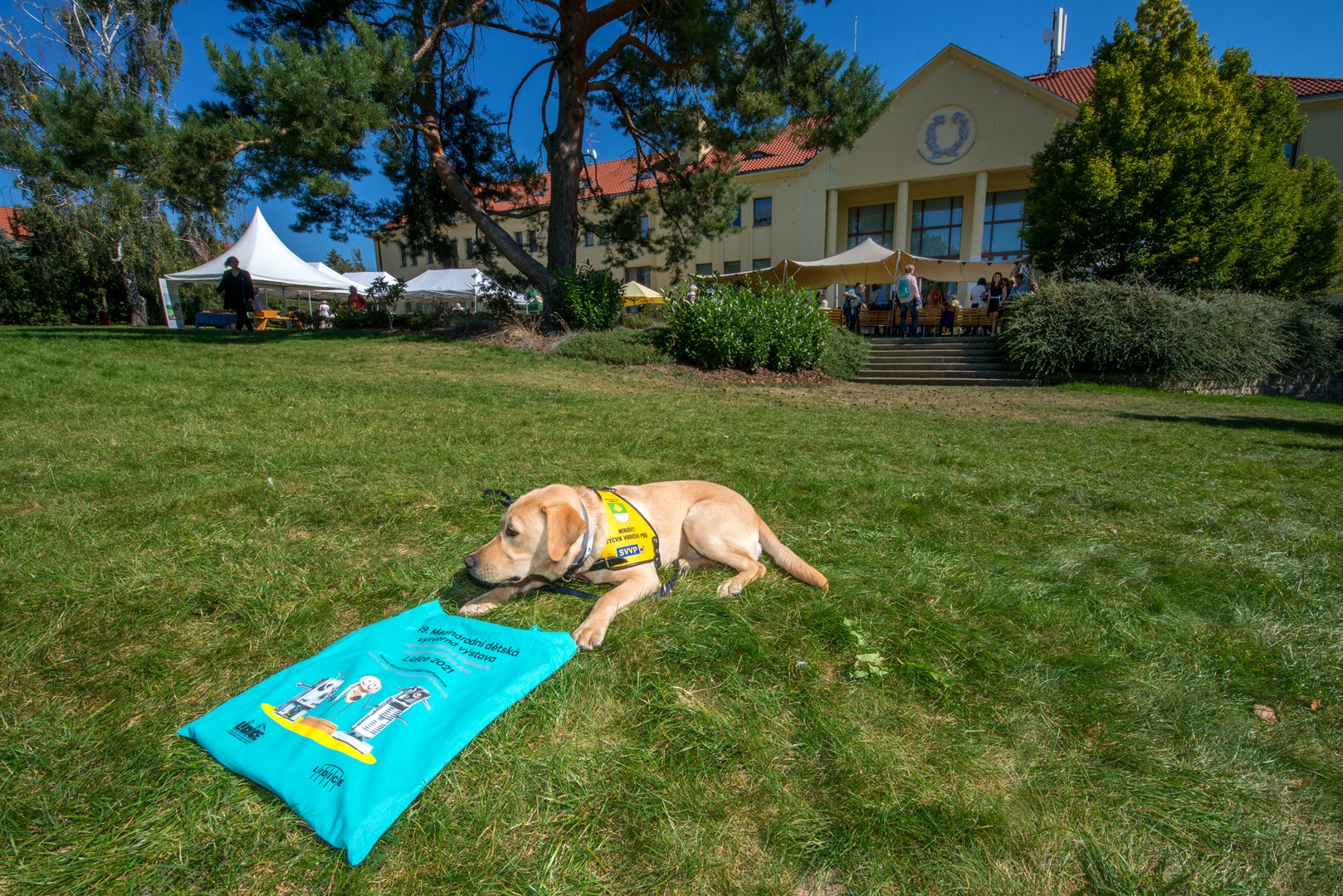